Today, there won’t be any recipe, but instead, I prepared for you a short guide of what to see in Podlasie. I’d like to share with you the beautiful, a bit wild region of Eastern Poland – Podlasie. It’s around 200 km from Warsaw and it’s a good place to go for a weekend.

Podlasie is the most multicultural region in Poland. You can find there influences from Belarusians, Tatars, and Jews. We fell in love in quiet and beautiful small villages with wooden houses. For me, the biggest attraction was to try the regional cuisine. And we did. In Kruszyniany – we ate at Tatarska Jurta, and in Budy at Karczma Osocznika– I will write more about the food in Podlasie in another post. Our main goal was to visit the most popular places and to see żubry (polish bisons) in Puszcza Białowieska (Białowieża Forest). But all together we drove almost 600 km. The first stop was in Tykocin – the small town, where the jews population before the 2nd World War, was as big as the population of the town right now (around 2000 people). You can visit the baroque synagogue (on Saturday free of charge), built in 1642, and one of the best preserved in Poland. It’s quite small, but worth to see. Also, a big outside the center there is a Castle from 1469 and recently renovated. It’s quite big, but we didn’t get inside, so I can’t tell you much about it. In the town, you can have lunch – there are at least 4-5 restaurants with local cuisine, but we were too excited to eat in Tatarska Jurta, to try something on the way. We’ve spent in Tykocin approx. 1 hour.

The next town we visited, bypassing Białystok- the capital of the region, was Supraśl. They say it has ecological value due to the lack of industry around town, and there is a lovely path next to Supraśla river, what we recommend while going to the city center after visiting the Orthodox Church complex. The orthodox church is really nice, although we didn’t like the pressure to pay to enter (there is no set price, you pay what you like), and I wouldn’t mind, but you needed to pay to a priest hand who looked at us really mean, when we gave him coins, not cash. Anyway, inside the church, you can’t take photos and there is a guide telling stories about the complex and the town (btw I found his voice really irritating). There is also a Museum of orthodox icons, but we weren’t into it, so I don’t know how is it. One of many other wooden houses in Supraśl.

I really recommend you to take a walk from the orthodox church to the city center through the path next to the river. It’s lovely and there is also a beach and separate bathing area with lifeguard (if only the weather was nicer…). The town is also really picturesque, it is worth to just stroll around small streets. On the way to Kruszyniany, we drove through Krynki. A small town is known for having a traffic circle with 12 streets starting from it (the 2nd is in Paris). It was fun to walk around the circle, which is actually a round park or square, to find a right street. We saw there a lovely small orthodox church and what was left from a synagogue. Also here, the Orthodox, Catholics, and Jews coexisted together until the 2nd World War. Super hungry, we have finally arrived to Kruszyniany. We checked that there are still tables left to sit in Tatarska Jurta, but first, we went to see the most beautiful wooden mosque in the world. It’s green, looks more like a church – why? Because Tatars were warriors and they didn’t have time to build their mosque, so they let villagers do it, and they did as they could. So right now it’s a real rarity in the world. To get to the mosque, of course, you need to take your shoes off, but no need to cover your head. Inside, a very nice Tatar-guide in 15 min. spoke about the Tatar’s traditions, their history in Poland and how do they coexist right now, since in Kruszyniany live as far as I remember just 6 Tatars families. The ticket to the mosque was 5 zł, and for me could be even more. It was beautiful inside, the story was very interesting and it teaches respect to other cultures (what is worth especially now). After all, we came back to Tatarska Jurta to eat. And about what we eat and our reflections on it I will write in the next post.

Then we left northern Podlasie to get to Hajnówka, which was about 90 km further, and we had a room rented there. I do not recommend the hotel, but as it was last minute trip, and it was a long weekend, every quality-price accommodation was already reserved. So we slept in Zajazd Wrota Lasu, and it was as time stopped there in the 90s. Our room was a bit ugly, good everything looked clean, we had our own bathroom, and the service was very nice, but I wouldn’t come back here. Especially because the breakfast was terrible. The coffee was instant, the hard boiled eggs were boiled so much, they got green at the edges. The scrambled eggs looked and tasted weird and needed a lot of seasoning. There were also sausages, but I always know not to even try them, since they have probably no meat inside. I ate tomatoes and cucumbers with a bun. Ah, there were also jams (full of sugar) and Nutella, weird looking hams and cheese, which I would say had nothing in common with cheese I usually eat. Anyway, as I said, it was a typical breakfast served during the 90s in Poland. But we have now 2016, so let’s pay more attention to quality, please!

Be careful if you want to eat in Hajnówka in a restaurant. As we checked on TripAdvisor, there were only 3 regional restaurants – the best one closes at 6pm, the next one was Starówka – plus for the regional beers, but we weren’t able to try it, because no one came to us to even give us menu, even though there were only 5 tables to serve, and the staff must have seen us, because we were sitting almost in front of the bar. So we gave up after waiting for 20 min, and left. Leśny dworek was the next choice. I don’t know from where it took its name cause it means a forest manor, and it was in the middle of the city and in the basement, so no manor or forest there. Anyway – we didn’t eat, partially because we were scared of the decoration and what they could serve us. You need to order at the bar and they will later bring it to you. We took just beers and some cocktails. They were good but they didn’t have regional beers, and prices were almost as in Warsaw, what was surprising.

Fried bread and regional bread – we ate it in Topiło.

After breakfast, we had to be fast to get into the narrow-gauge railway, which gets you into the Białowieża Forest. The whole trip takes 3 hours, 1 hour one way + 1 hour of the break in the village called Topiło. There is a Belarusian shop with Belarusian vodka, chocolate, and cigars, a bar, where you can eat grilled sausages, bigos and the regional cake Marcinek Hajnowski, which is on the EU regional dish list. It was good, but  better we ate in Sioło Budy, about what I will write in the next post. If you want to take the trip with the “train” – be sure you get there at least 30 min before the departure, to buy the tickets (30 zł adults/20 zł discounts), and the find a good place. On our way to Topiło, we sat in the closed wagon, and it was terrible. On the way back, we had to sit on the floor (there is no door, so I felt like in Indian trains from the movies), but that was 100% better to be in the open-air. Living on the edge? A trip to Białowieża Forests with the narrow-gauge railway.

And finally our main goal of a trip – to see Żubry (polish bisons)! On the way to Białowieża, there is  the European bison Show Reserve (5 zł ticket). It’s like a huge zoo, and you can see there not only bisons but also wolves, polish horses, elks, deer, wild bores and probably I forgot about sth. Ah, Bambi! You can see Bambi there too 🙂 Żubroń – mix of bison and cattle Again super hungry we visited place recommended online and we were nicely surprised and finally ate as we wanted to from the begging. Karczma Osocznika (Sioło Budy) in Budy, in between of Hajnówka and Białowieża. But about it in the next post. Sioło Budy – a Skansen farm, where you can eat, sleep or learn how to make pierogies.

And that is where our trip ends. We got home pretty tired, but happy that we didn’t lose another weekend doing anything or cleaning a home. If you have any questions regarding the trip to Podlasie, don’t hesitate to ask. And to sum up, we spent around 200 zł/person,  including souvenirs, drinks, gas, accommodation and food, and attractions, what I think should be less (since Podlasie is a very poor region), but probably because they live from tourists.

Have you been in Podlasie? Maybe you’re planning a trip? Would you like to visit the region in Poland? 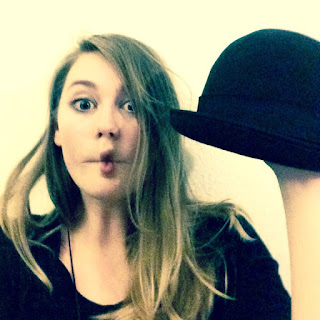